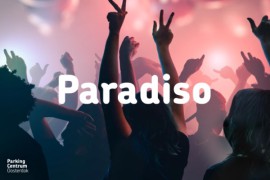 The concert venue is one of the Netherlands’ best-known and best-loved venues. The concerts staged are very diverse; from famous acts to new talent. Going to a concert at the Paradiso? Bring the car along and you can park inexpensively in the city centre. It’s a half-hour walk to the Paradiso from Parking Centrum Oosterdok, or you can easily take public transport.

Parking Centrum Oosterdok is directly alongside Amsterdam Central Station. It is the ideal place to park. You can easily walk to the city centre or take public transport. Our spacious parking garage has a capacity of more than 1,300 cars and you don’t need to make a reservation. Ours is the cheapest parking garage in the city centre. You pay €20 for a whole day’s parking.

The Paradiso opened in 1968. The former church on the Weteringschans was a magnet for young people, audiences and artists from Amsterdam, the Netherlands, Europe and the rest of the world. The Paradiso has expanded to become a concert venue, night club and cultural centre with a central location. Rock, folk, soul, country, reggae and blues artists perform in the Large Hall. The Paradiso’s concert halls have an intimate atmosphere and amazing acoustics. Curious about the upcoming program? 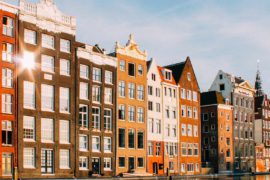 There’s plenty to do in Amsterdam during the spring holidays, including plenty of outings for families. We’ve listed … Read more 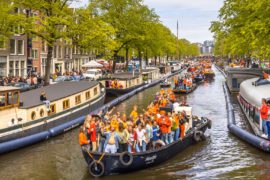 During King’s Day, Amsterdam traditionally becomes a sea of orange. This year, our capital city will once again … Read more